A Cure For Hunger II: Howl of the Wendigo
Change can be good, except if you’re a powerful witch like Benjamin Carpenter. The code of the Itzhak clan, intertwined with the Moonbeam caste of magicians, dictates witches will inherit one, and only one, power from each parent. However, a harrowing night in the woods near Sedona causes Benjamin to manifest another power his mother had, the power of teleportation, creating concern that his destiny might be taking a turn for the worse.

However, Benjamin’s new power is the least of everyone’s problems after one of his closest friends, Ivan Salazar, starts developing a carnivorous, insatiable hunger and turns into a rare creature—the wendigo. As the monster starts to consume his body and attempts to destroy his soul, it will take the unrequited love for another man to keep the wendigo at bay.

The second book in the A Cure for Hunger trilogy welcomes back 300-year-old vampire Thomas Nighthawk, the beautiful gypsy shopkeeper Kenda Ravenwood, and werewolf Todd Kesseldorf. With Benjamin, these denizens of the supernatural will have to figure out who is causing Ivan’s frightening transformation while trying to avoid the vicious attacks of an extremist bounty hunter. 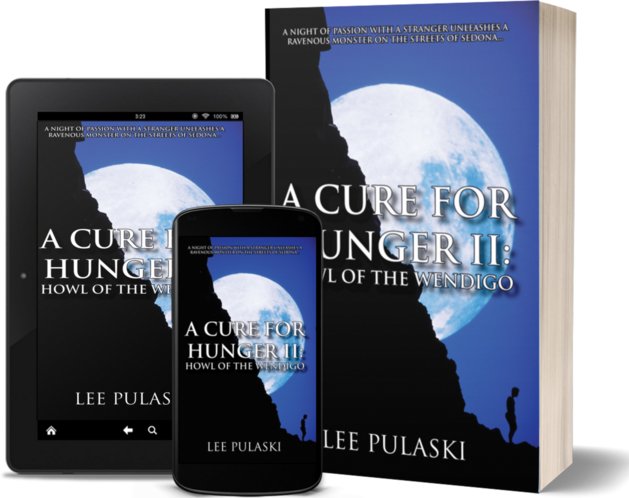