Dine Out and Die!

Gresham is growing and coming into its own as a tourist destination. The addition of several new restaurants has prompted the village board chairwoman, Felicia Bellwether, to create a new event—Dine Out and Shop in Gresham­—that will turn Main Street into a gigantic outdoor cafe for several nights and give visitors a chance to sample the many tastes of the community, from Sigrid’s German and Italian fare to the Turkish cuisine from On the Mediterranean to Native American frybread and other dishes.

However, like many well-laid plans in the village of less than six hundred, the event turns competitive, with some restaurateurs taking aim at others with words and deeds. Before the knives can really come out, though, a beloved religious leader’s expiration date is pushed up at the first night of Dine Out and Shop, leading to finger pointing and fear that home cooking might be a safer meal choice than Gresham’s cuisine.

Zachary Gagewood, the local bookstore owner and designated community sleuth, knows he needs to find out who poisoned the meal, but with his pending nuptials to his fiance, Newell Krueger, and the threat of Newell’s sister stopping the wedding, will he be able to track down the killer before other victims fall face-first into their meal? 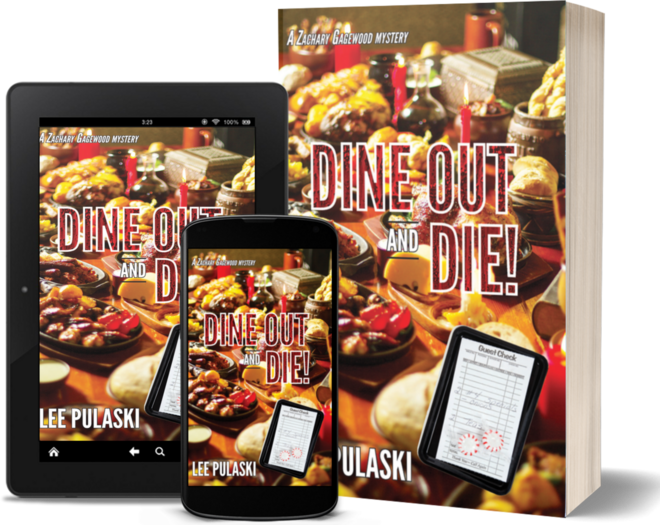