Lee Pulaski was born country, and that’s what he’ll always be. As an author, he’s written twenty works of fiction for people to enjoy. However, he also performs other types of writing almost daily, and some of those items end up in his online blog, Rural Roots and American Rainbows.

To date, Lee has posted more than two hundred fifty times to his blog on an assortment of issues—many times with a wisp of humor in this thoughts, and other times when he’s ready to unleash the hellfire and brimstone. Fifty of his best pieces have been curated and put together in this book as he takes on political parties, bizarre laws, assorted holidays and even his own brethren in the gay “community.”

Read Lee’s thoughts about when Arizona repealed its law that made potlucks anywhere but in the workplace illegal up until a few years ago. Enjoy his recollections about when he saw hot air balloons flying through the skies of Chino Valley. Watch him take on another member of the LGBTQ community who suggests that there is a moral obligation to be vegan. Sit back and observe as he blasts social media after his friend posts an artistic and tasteful photo on Facebook that shows some skin and is shut down. Absorb his views on how political parties have outlived their usefulness and should be dismantled. Of course, there’s also a piece on Lee’s favorite subject—why people are so afraid to call Independence Day Independence Day.

Whenever something has seemed off in the world, whether it’s the police going after little tykes and their lemonade stands or when the Association for Library Services to Children voted unanimously to rename the Laura Ingalls Wilder Award, Lee Pulaski has given his views on the matter. Considering himself to be a true country boy, a proud patriot and a card-carrying homosexual all wrapped into one package, his best works from Rural Roots and American Rainbows will make you laugh, make you cry, make you mad and, most of all, make you think. 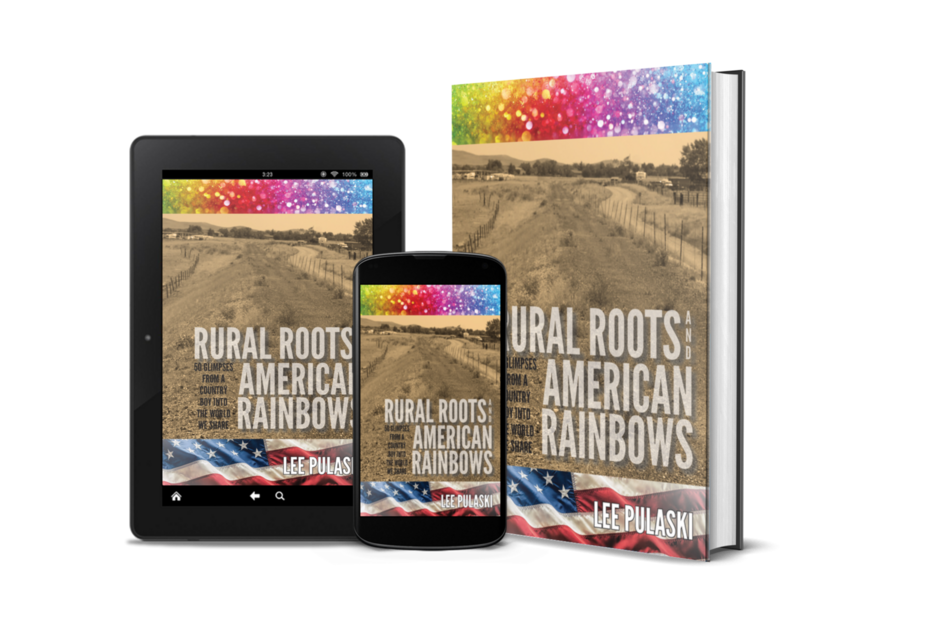