Creampuff of the County

It’s fair time for Shawano County, and that means the Fairest of the Fair, Victoria Pennington, is hitting the streets to hype up the longest-running county event. It also means the mild-mannered Fletcher Burgess is preparing the fair’s tastiest treat—creampuffs. Tensions are high at this year’s fair because Fletcher’s daughter, Janet, believes she was robbed of the Fairest honor due to the Pennington family’s enormous donation to restore aging fair buildings.

The friction hits fever pitch when the Fairest eats a creampuff for a television commercial promoting the fair dies immediately after taking a bite of the beloved confection. Fletcher, who personally served the puff, is believed to have killed Victoria to avenge the injustice his daughter suffered.

While officials are trying to quell local fears about safety at the county fair, Zachary Gagewood tries to clear Fletcher’s name and find out who really wanted to send the Fairest of the Fair to her maker. The question is whether Zachary can sort through the fluff and identify the murderer before someone else falls prey to a killer confection. 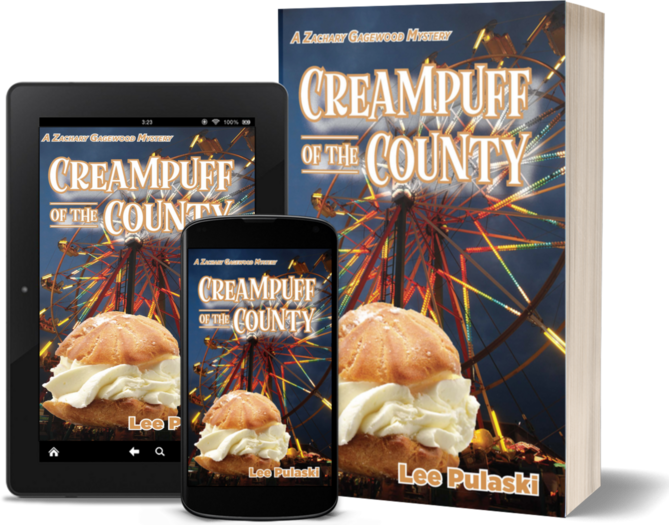