Zachary Gagewood has seen his share of dead bodies in the time that he’s lived in Gresham. It seemed like many of the big events he attended seemed to end abruptly due to someone’s tragic death. It never happened with anything he planned for The Literary Barn, his cozy bookstore nestled in the heart of Gresham... until now.

An old friend that Zachary grew up with, Grady Bergner, has become a successful published author, and he is eager to come to town when Zachary invites him to The Literary Barn for a reading of his latest novel, Raven’s Wrath. However, the two old friends quickly turn sour when Grady gives an all-too-frank opinion about Zachary’s first manuscript. Before the two can make up, however, Grady ends up dead, with one of Zachary’s bookshelves crushing him.

Zachary is absolved of the crime when it’s proven he was far enough away from Grady, but the bookstore owner is still rattled about cold-blooded murder being committed at his own business, so he sets out to find yet another killer. Is it the literary agent who was obsessed with optics? The woman who claims the story for Raven’s Wrath was actually her work? The mystery man who followed Grady to town hoping to meet his favorite author? Whoever it is, the killer could be planning to take out Zachary next! 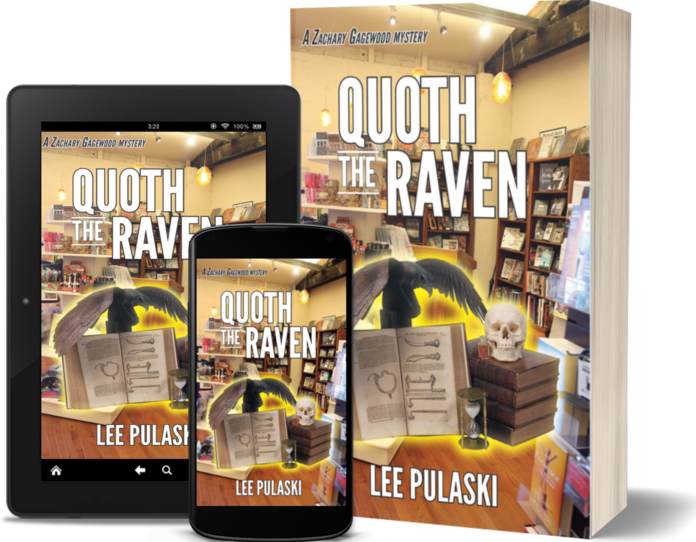