The residents of Caroline, nicknamed the Peaceful Valley, has eagerly anticipated the arrival of hometown superstar Astrid Stone. She is on a national tour with fellow singer Ruth Phillips, who escaped from a fundamentalist polygamist compound and is trying to raise money to help other young women and men to escape from cults and supremacy groups. Officials hope the concert will mark the start of a new spring tradition.

Those hopes are dashed when Astrid’s broken and bloody body is found in a car trunk. Ruth is afraid for her own life when the murder looks like members of her former cult carried out the dark deed, and superstitious townsfolk fear Ruth’s former ties to fundamentalists may have sparked the resurrection of the Posse Comitatus, a dark chapter in Shawano County’s history that took root in a nearby village.

When two more people are found dead just like Astrid, it quickly becomes clear to Zachary Gagewood that someone is trying to sow seeds of fear and hatred in Peaceful Valley. To find the killer, though, Zachary will need to figure out if the deed was carried out by one person or a sinister organization. 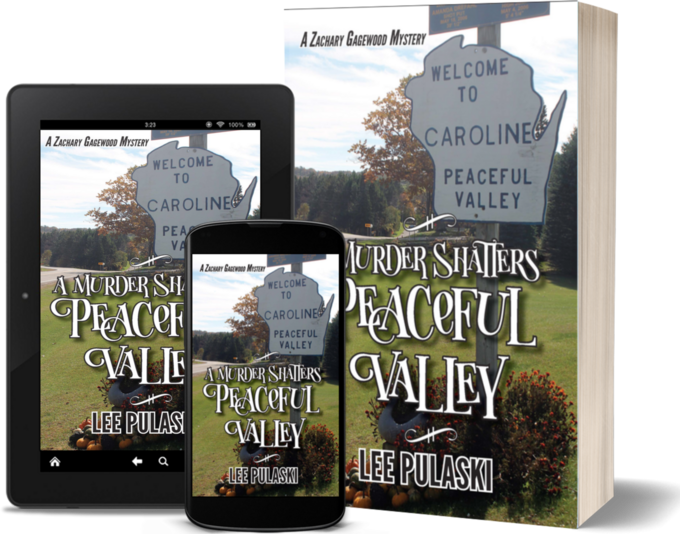