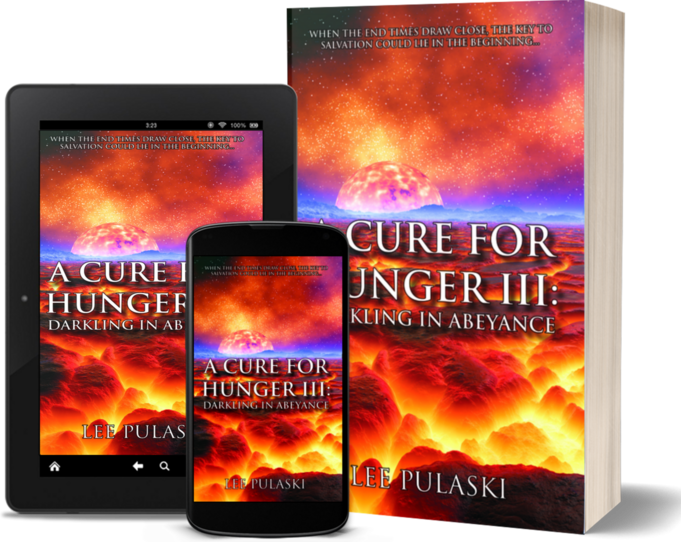 A Cure For Hunger III: Darkling in Abeyance
Benjamin Carpenter would do anything for the people he cares about. He risked his life to find a cure for vampirism to make his lover mortal. He penetrated the veil of darkness to rescue his best friend when he transformed into a wendigo. Now Benjamin’s the one who needs help.

An ancient prophecy claims that he has been ordained to bring about the end times, an act he couldn’t begin to imagine himself capable of. However, he is developing new powers at an alarming rate, and the forces of both good and evil are rising up to lay claim to him, not caring about the path of destruction they create in the process.

With time literally ticking away until the apocalypse arrives, Benjamin’s friends—vampire lover Thomas Nighthawk, gypsy practitioner Kenda Ravenwood and comic book store owner Ivan Salazar—are ready to do whatever it takes to keep the end times at bay, but are they prepared to kill him to prevent him from fulfilling his destiny as the Bringer of Darkness?