Murder at the Teddy Bears Picnic

The annual Teddy Bears Picnic is the highlight of the year for the children of Shawano County, even more so than Easter egg hunts or visits from Santa Claus. Besides being a celebration for the end of summer and an opportunity to break the record of the number of teddy bears at one gathering, the children get to party with Patches Sinclair, a beloved seven-foot teddy bear.

However, bear hunting season seems to have arrived early in northeast Wisconsin as Thad Sheppard, the man inside the bear, is found dead in the woods with a knife in his back, no head on his shoulders and a note reading, “If you go into the woods today, you’re in for a nasty surprise!”

Zachary Gagewood must determine who hated Thad enough to want him dead—two vengeful ex-wives, clown and magician competitors jealous of the bear’s acclaim, loan sharks, even a young man who claims Thad is his father.  However, when Zachary’s beloved, Newell Krueger, decides to play the role of Patches so the picnic can continue, he fears his boyfriend could end up being the next bear to be hunted down in the woods. 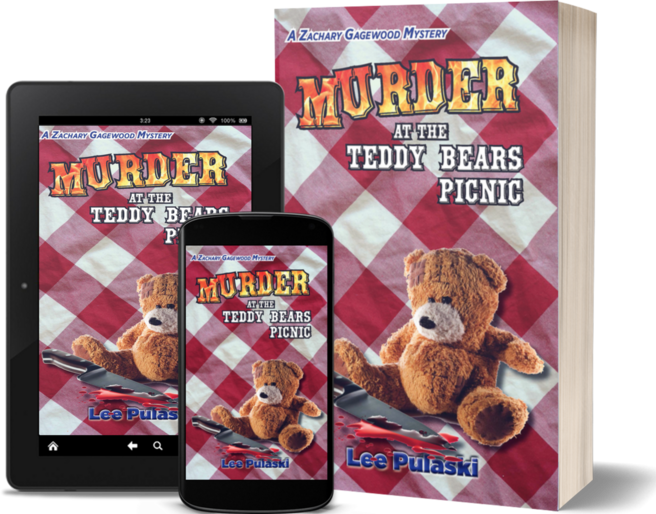