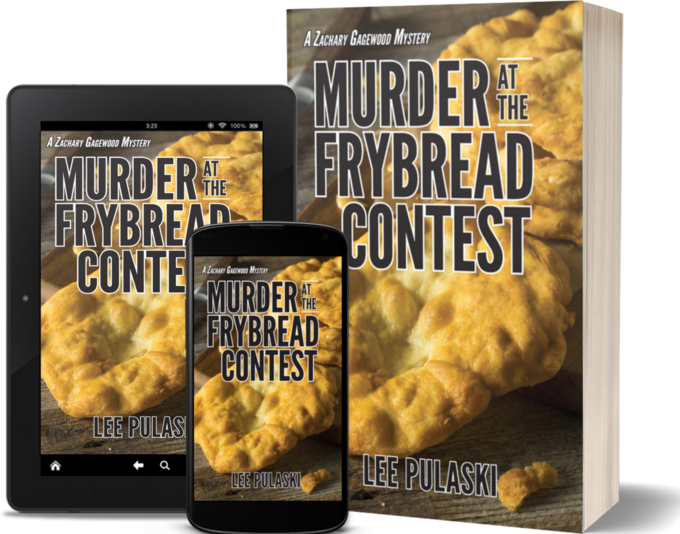 Murder at the Frybread Contest

The village of Gresham is hosting a frybread contest where area tribes compete for bragging rights by showing who can make the tastiest piece of golden bread. The Menominee, Stockbridge-Munsee and Ho-Chunk tribes take part in the contest each year to commemorate Native American Heritage Month and honor the women in the three tribes. However, turmoil boils over when the committee organizing all the festivities opens up the contest to other tribes, non-Natives and even men.

The tenuous situation gets worse when the gentle Timothy Lockhart is found dead, leading tribal leaders to point fingers at each other and at certain residents of Gresham. To add insult to injury, most of the contestants also received threatening messages prior to the first murder, creating the fear that someone else could be next.

Is it one of the contestants? One of the protesters who believe making frybread is a tradition forced on Natives by white men? Zachary Gagewood knows he has no time to lose, especially when the killer sends him a note, vowing that Timothy is only the first to die...