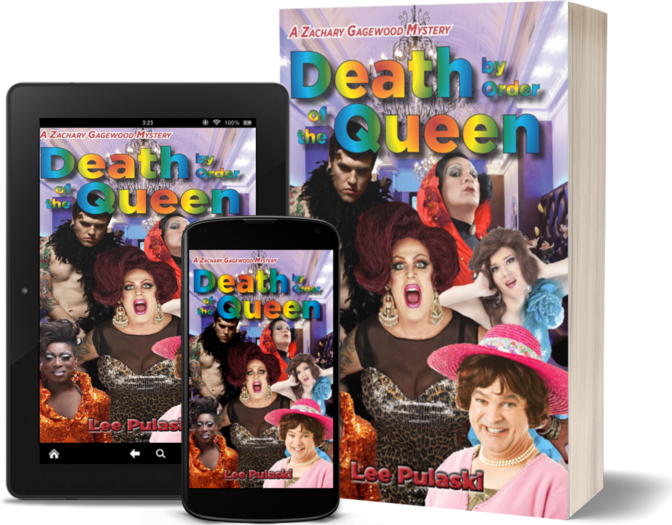 Death by Order of the Queen
The Lonesome Pine Ballroom was once a grand fixture in the village of Gresham, but the jewel of the community has since decayed, prompting its resurrection and renovation. To accomplish that, more than one hundred thousand dollars needs to be raised. Although it was a controversial notion, local bookstore owner Zachary Gagewood thought of bringing into the normally strait-laced community a pack of drag queens to entertain, amuse and pick up a few coins for the renovations.

It seemed like a good idea in the beginning—until one of the most outspoken critics in the community is found dead, the heel of a stiletto embedded in his forehead.

With the future of the Lonesome Pine in jeopardy, Zachary knows he must find out who the killer is, knowing full well that anyone capable of killing once could strike again, and in the process, assassinate any hope of restoring Gresham’s pride and joy. The question is, to which dress-wearing man does the shoe fit?